About The Christian Nerd

The Christian Nerd examines the intersection of the Christian faith and nerd culture. God is speaking to us all the time, so why wouldn't he use our favorite nerdclinations to show us something new about himself? Star Wars, Star Trek and the Marvel Cinematic Universe are filled with stories that address the human condition and the different ways that God created us. Hopefully by looking more closely at those stories and nerd culture in general, we can find some new ways to better honor Christ with our lives. Hopefully The Christian Nerd will help people draw nearer to God by showing them how he's already engaging them through culture. 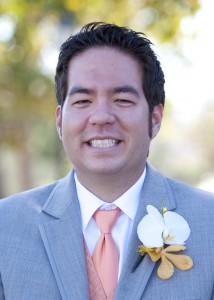 In 2011 Scott Higa combined his love for Jesus and his love for Star Wars by creating The Christian Nerd. His earliest memories include growing up in Christian home and watching Return of the Jedi in the theater when he was four years old. The fact that God's story of redemption regularly appears in nerd culture fascinates Scott; the best stories, nerdy or not, reflect the greatest story of all time. Scott's favorite Star Wars movie is The Empire Strikes Back, his favorite episode of Star Trek: The Next Generation is "The Perfect Mate," and his favorite comic book is Uncanny X-Men #275.

Scott lives in southern California where he works as the Associate Pastor of Communications at Community Baptist Church. He is married to Alycia and they have one daughter, Clara.