The games have always been one of my favorite parts about youth group.

On Tuesday night at youth group we played Earth Ball Four Square. It was basically a giant version of four square with a massive ball. I jumped to hit the ball and came down wrong, spraining my foot, which immediately started to swell. I’ve definitely had worse sprains in my life, but this one still hurts.

Hobbling around on my bum foot definitely makes me feel old. So, in honor of my geriatric feelings, here are some of my favorite nerdy senior citizens. 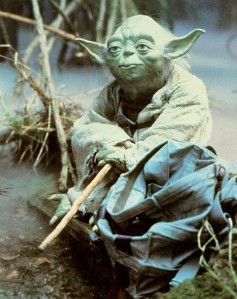 I could have easily populated this post with Yoda, Gandalf and Dumbledore. I wanted to be a little less obvious, though, and I only wanted to pick one of those three amigos. So I went with Yoda because Star Wars is and always will be my first nerdy love. Yoda is the best. Not only can he handle a lightsaber, but he’s also one of the galaxy’s most powerful Jedi. I loved his wisdom and his desire to develop young lives. One time I had a parent tell me that I was like a Yoda to her child; it made me feel really good. I would love to be like Yoda, except without all the hair coming out of my ears. 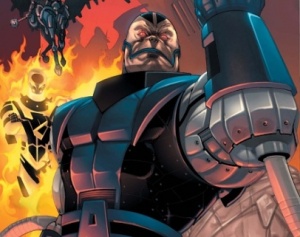 Comics are filled with ancient beings. Galactus and the Watcher come to mind, but I’ve always liked/been scared of Apocalypse. He is one of the X-Men’s oldest (pun intended) villains. Apocalypse is potentially the world’s first mutant and he used his powers to rule ancient Egypt. He’s definitely pushed the X-Men to their limits and, in an alternate reality, created the world in his own image. I’m eager to see how Apocalypse translates to the big screen in X-Men: Apocalypse, the follow-up to Days of Future Past. I’m ecstatic that the ­X-Men will finally have a villain to face other than Magneto and at his same level. 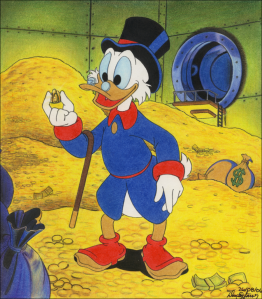 Scrooge McDuck has been getting a lot of play on The Christian Nerd lately. Disney is producing a new Ducktales series and yesterday I referenced he and Mickey swimming around in the money bin together. I loved Ducktales; I faithfully watched it every day after school. Scrooge was definitely a shrewd businessman, but beneath his greedy exterior he had a heart of gold (so many puns). Scrooge ultimately found that true success comes from authentic relationships, something I hope to continue experiencing. Although I wouldn’t mind having a tower full of gold, even though Dave Ramsey says that gold is a bad investment.

I’m not that old, but sometimes my body makes me feel that way. Thankfully I can still influence young lives even if I can’t beat them at dodge ball.

Who are some of your favorite nerdy senior citizens?