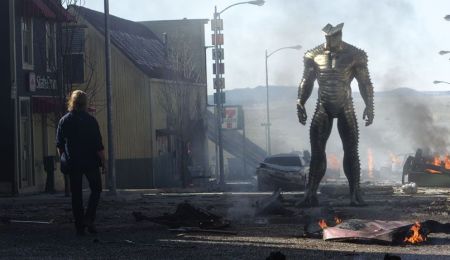 Good Friday has become one of my favorite holidays. I look forward to it more and more with each passing year. Obviously Easter is the apex of the Christian faith, but I appreciate the opportunity Good Friday gives us to pause and reflect.

The celebration of Easter is only possible because of the suffering of Good Friday.

The new dawn of Easter is only possible because of the long night of Good Friday.

The life of Easter is only possible because of the death of Good Friday.

There is so much to think about on Good Friday, so many different ways that God can speak to us. As we look at Good Friday through the lens of the Marvel Cinematic Universe, though, Jesus's willingness to offer up his life definitely sticks out.

Jesus intentionally left heaven so that he could live among us and eventually offer up his life as a sacrifice for us. Jesus placed the needs of humanity, our needs, above his own. Jesus saw us in our sin, separated from the Father, and took it upon himself to save us.

While Jesus's is the greatest and most fruitful sacrifice of all time, we can see glimpses of it all throughout the Marvel Cinematic Universe.

In Thor, Thor sacrifices himself to save his friends. Even without his powers Thor stands before the Destroyer, allowing himself to be killed so that his friends might live.

In Captain America: The First Avenger, Steve Rogers sacrifices himself to save the entire eastern seaboard. With the Valkyrie careening toward New York with its weapons armed and ready to deploy, Rogers crashes the jet in the arctic. He chooses an icy grave in order to save millions.

In Avengers, Tony Stark finally accepts the role of a hero and flies an atomic bomb into the wormhole. In order to save the lives of millions in New York City, Stark lays down his life, choosing to die in a distant galaxy.

Much like Jesus's sacrifice, none of these were terminal. Mjölnir brings Thor back to life. Cap joins Walt Disney in a cryogenic chamber. And the Hulk rescucitates Iron Man. Even though they're fictional sacrifices, they still have the ability to move us. Jesus's sacrifice is the greatest expression of love of all time. His sacrifice literally altered the entire course of the universe. So we are moved whenever we see glimpses of that sacrifice, even when they take place in super hero movies.

Sunday is coming, something for which we should be very grateful. We shouldn't rush past Good Friday, though. It may not be as celebrative as Easter morning, but Good Friday really offers us the opportunity to reflect on Jesus' sacrifice and what it means for us. So take time today to think about the cross and how Jesus gave up his life for us, for you and for me.

What helps you remember and reflect on Jesus's sacrifice?