According to @StarWarsCount0, there are only 115 days left until the release of The Force Awakens. My level of excitement for the next installment of the Star Wars universe cannot be matched by anything else. I was super excited for Age of Ultron and I am ecstatic for Civil War, but nothing comes close to how excited I am for Star Wars.

I am not the only one excited about The Force Awakens; the number of spoilery stories on the Internet evidences this fact. Every day it seems like I have to avoid some bombshell news story that wants to give away everything about J.J. Abrams’ film.

I hate spoilers and I won’t ever share any on The Christian Nerd. I have gathered some of the most recent Star Wars news stories, though, that I would like to share with you. No spoilers, just more fodder to fuel the flames of your excitement.

Yesterday Empire released a brand new image of Kylo Ren. Again, I don’t know much about Kylo Ren other than the fact that he pretty much looks like a Sith. I’m definitely a fan of his lightsaber. I don’t care if a laser hilt isn’t practical; it looks totally awesome. 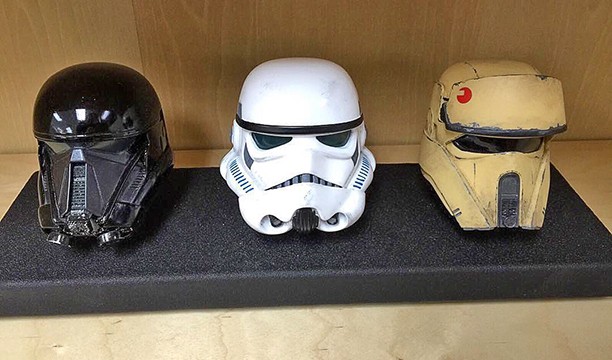 Also yesterday, Donnie Yen shared some Imperial helmets from the set of Rogue One. Yen is part of Rogue One’s cast and gave us a look at a familiar helmet and some not-as-familiar helmets. Rogue One takes place before Episode IV, and these helmets definitely look like they fit in with that era.

Outer Places put together a spectacular infographic for the current Star Wars universe. When Disney retconned Star Wars canon, the entire expanded universe was moved into a galaxy even further away. This infographic helps makes sense of how all the movies, books, television series and comics fit together. While it’s a helpful bit of information, it’s harmful to my wallet. Now all I want to do is buy a bunch of Star Wars books and read them. 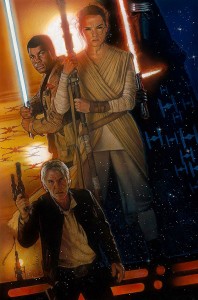 Drew Struzan, who created this poster for D23, also shared his initial thoughts on The Force Awakens. He also said that The Force Awakens is the best Star Wars movie ever. Struzan said that he’s read the script and seen about half the movie. Obviously someone on Lucasfilm’s payroll is going to have complimentary things to say, but I don’t think he had to be so effusive in his praise.

D23 was a big weekend for Star Wars news. I wasn’t fortunate enough to be there, but most of the good information found its way to the Internet. It was officially announced at D23 that Colin Trevorrow would helm the forthcoming Episode IX. While I’ve yet to see it, Jurassic World is a massive hit, which I’m sure helped Trevorrow earn the job. 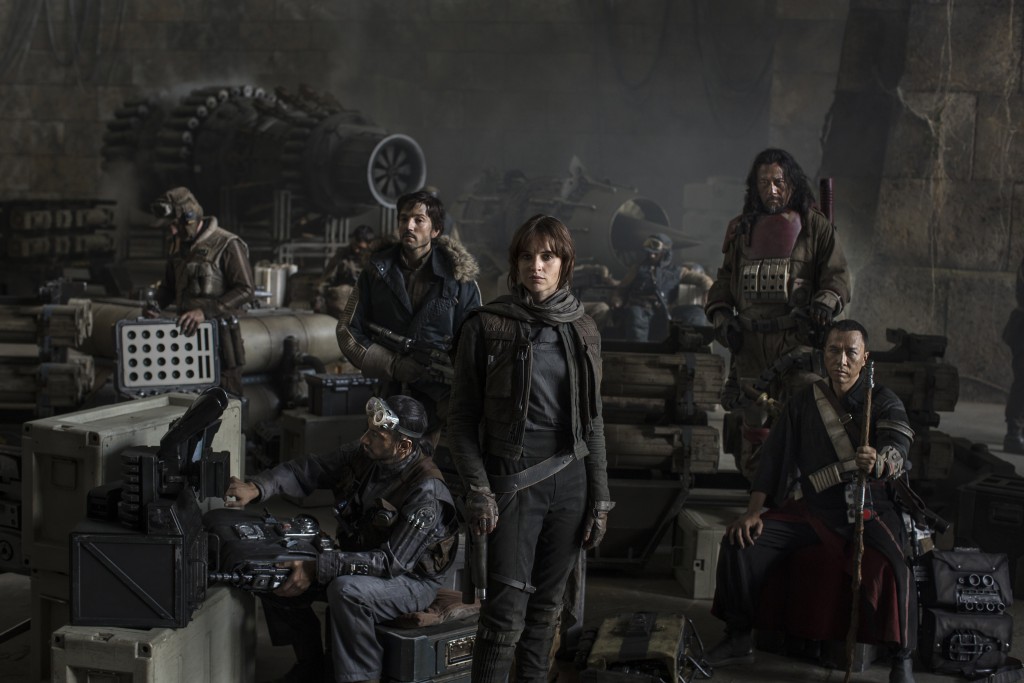 The first image from Rogue One also dropped at D23. I’m definitely intrigued by the first of the Star Wars Anthology movies. It definitely appears a little grittier than other Star Wars movies and I love the idea of looking at the Rebels stealing the plans for the first Death Star.

That’s all the Star Wars news I saw fit to print. I really can’t believe how excited I am for The Force Awakens. After getting excited for every MCU film in recent years, it’s nice to be reminded that Star Wars was and will always be my first nerdy love.

What Star Wars news are you most excited about?